The Jakarta administration announced on Sunday that it would extend the transitional period of the large-scale social restrictions for another two weeks until Dec 6 amid a recent surge of new Covid-19 cases and following a number mass gatherings that led to accusations of widespread violations of health protocols.

"The Jakarta administration can pull the ‘emergency brake’ if [Jakarta] sees a significant increase in new cases or a concerning transmission rate [...] On Saturday, the capital city recorded the highest single-day jump of 1,579 cases," Jakarta Governor Anies Baswedan said on Sunday.

He explained that based on a report from the University of Indonesia's Public Health Faculty the rate of public compliance with Covid-19 health protocols had decreased significantly since the end of October.

As per Saturday, the rate of adherence to the mask-wearing policy was 65 per cent, down by 10 per cent compared with Oct 19, he went on.

Meanwhile, the rate of public compliance with the physical-distancing and frequent-handwashing policies was recorded at 70 per cent and 40 per cent, respectively, at the end of October. However, they went down to 60 and 30 per cent on Nov 21.

"The data show that the decrease in public compliance with the health protocols is in line with the increase in new cases," Anies said. 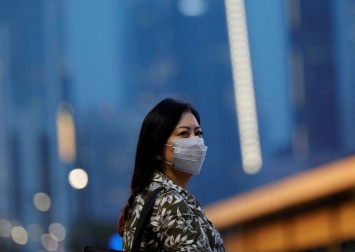 He explained that the capital city had seen an 11.62 per cent increase in new Covid-19 cases in the past two weeks after seeing a relatively declining trend in the previous weeks.

The number of Covid-19 weekly reproduction numbers has also increased slightly to 1.06 from 1.05.

"The rate of public compliance with the health protocols needs to reach a minimum of 80 per cent so we can [effectively] suppress virus transmissions,” he said.

The governor further said that the administration would continue to work with the Regional Leadership Communication Forum to enforce the health-protocol policy to help curb transmission of the coronavirus.

Jakarta has been in the spotlight following a series of mass gatherings centered around the return of Islam Defenders Front leader and firebrand cleric Rizieq Shihab from self-exile in Saudi Arabia on Nov 10.

On Sunday, the Health Ministry reported a surge of new cases in Petamburan, Central Jakarta, and Tebet, South Jakarta, the locations of the mass gatherings.

"We found 50 new cases in Tebet and 30 in Petamburan," The ministry's acting director of Infectious disease prevention and control, Budi Hidayat, said as reported by kompas.com.

Budi urged participants in the mass gatherings and their close contacts to carry out two-week self-isolation and to visit the nearest health facilities if they experience any Covid-19 symptoms.

Despite a spike in new cases and rampant health protocol violations, Anies claimed the Covid-19 transmission in the capital city was still under control, pointing out that the rate of active cases was declining and the recovery rate continued to increase.

"We’ve seen a declining trend in the active cases rate in Jakarta. As per Nov 21, Jakarta recorded 6.7 per cent active cases, lower than the previous two weeks of 7.2 per cent. Meanwhile, the recovery rate is also improving, with the latest rate recorded at 91.3 per cent. Two weeks previously, it was 78.9 per cent," Anies said.

Read Also
More than 139,000 penalised for not wearing masks in Jakarta since June 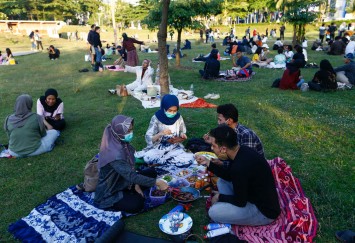 He vowed that he would impose stricter enforcement of health protocols to curb the spread of Covid-19.

"In the future, we'll enforce stricter health-protocol measures. We hope residents can also proactively report any violations. I emphasize once again that we need to remain disciplined in following the health protocols," he said.

Previously, the Visit Wonderful Indonesia board — an umbrella organization for 18 tourism associations — had asked Anies not to extend the transitional PSBB.

Board chairman Hariyadi B Sukamdani said given the numerous public breaches of existing health protocols, the Jakarta administration might as well revoke Covid-19 restrictions to grant tourist businesses greater freedom to recoup their losses amid the current economic downturn.

Anies said the goal of Jakarta administration was to curb the Covid-19 transmission rate and that the public should also take part in the efforts.

"We cannot just do whatever we want, we should focus on carrying out measures to control Covid-19. If the public remained disciplined in following the health protocols, the number of new cases would also decrease," he said.