Has liberal studies radicalised Hong Kong's youth, do they need the school subject and where did it come from?

Hong Kong’s long-simmering debate over the good, bad or ugly of teaching liberal studies in schools – depending on who is doing the talking – is a microcosm of a politically divided society, and a government-appointed task force’s key report on overhauling the subject has turned up the heat again.

Liberal studies should remain mandatory for senior secondary students, but with textbook vetting, trimmed content and changes to teacher training in place, a key report by the task force reviewing the school curriculum recommended on Tuesday.

To its detractors, the way liberal studies is taught has turned Hong Kong’s youngsters against authorities, and even radicalised them, with critics citing last year’s protest violence as a manifestation, but defenders of the subject insist it is essential for instilling independent and critical thinking in young minds.

Academics and a designer of the curriculum have called for further discussion before overhauling liberal studies, saying such a move should be driven by a professional approach and not a political agenda.

The subject, which is a key component of the education reform launched in 2000, was initiated during the tenure of the city’s first chief executive, Tung Chee-hwa.

In 2009, liberal studies was introduced as a compulsory subject for all senior secondary students seeking to enter a local university.

The aim of teaching liberal studies is to enable students to develop multiple perspectives on contemporary issues, helping them to become independent thinkers and learn a range of skills, such as critical thinking, problem solving and creativity.

The city’s pro-establishment camp has claimed the subject has instead been a bad influence, linking it to students’ strong participation in the campaign against national education in 2012 and the Occupy protests of 2014 .

Ironically, Tung has since become one of the harshest critics of liberal studies, labelling it a failure, and, as a vice-chairman of China’s top political advisory body, said in July last year that the subject was partly to blame for the violent protests triggered by the now-withdrawn extradition bill .

The protests, which started in June last year, went on to morph into a wider anti-government movement.

Chief Executive Carrie Lam Cheng Yuet-ngor in May said the government would announce changes to the subject based on the task force’s report within the year, stressing the education system should not become a “chicken coop without a flap”.

Some pro-establishment groups have called for abolishing liberal studies altogether, or turning it into an elective subject.

A recent study by Our Hong Kong Foundation, a think tank set up by Tung, suggested grading should be changed to a simple pass or fail, while most teaching materials should be checked by the government to “ensure neutrality”.

But executive councillor Fanny Law Fan Chiu-fun, a former permanent secretary for education, told the Post she supported the task force’s recommendation to keep liberal studies as a compulsory subject, as critical thinking and creativity were generic skills all students should possess.

“It’s unfair to blame liberal studies for students’ participation in social movements,” said Law, who was an architect of the education reform in the early 2000s.

The Education Bureau should provide necessary support for schools to improve the teaching of the subject, she added.

Stephen Chiu Wing-kai, chair professor of sociology at Education University, said it would deprive teachers of the opportunities to exert positive influence on students in classes if liberal studies was abolished or downgraded to an elective.

Chiu was chairman of the committee on liberal studies (senior secondary) under the Curriculum Development Council and Examinations and Assessment Authority from 2009 to 2017. 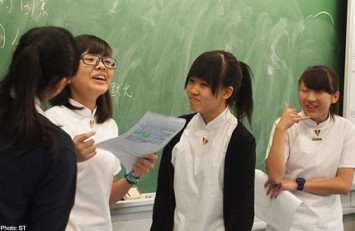 His study in 2017 found that the curriculum and pedagogy of liberal studies had “relatively insignificant influence” in fostering youth political engagement.

Pro-establishment lawmaker Priscilla Leung Mei-fun, who has been advocating turning the subject into an elective for years, said she was “disappointed” that the task force had recommended keeping it mandatory in the senior secondary curriculum.

“It has not addressed our concerns that we do not want the liberal studies to be a compulsory subject so that candidates from high school may be given the choice whether they would love to take this subject … so the students can be free to have more time to learn other subjects if they want,” Leung said.

“And we are not certain whether the teachers are really qualified, do they really manage the knowledge very well, or do they have the ethics to do so in a very fair way – we don’t know.”