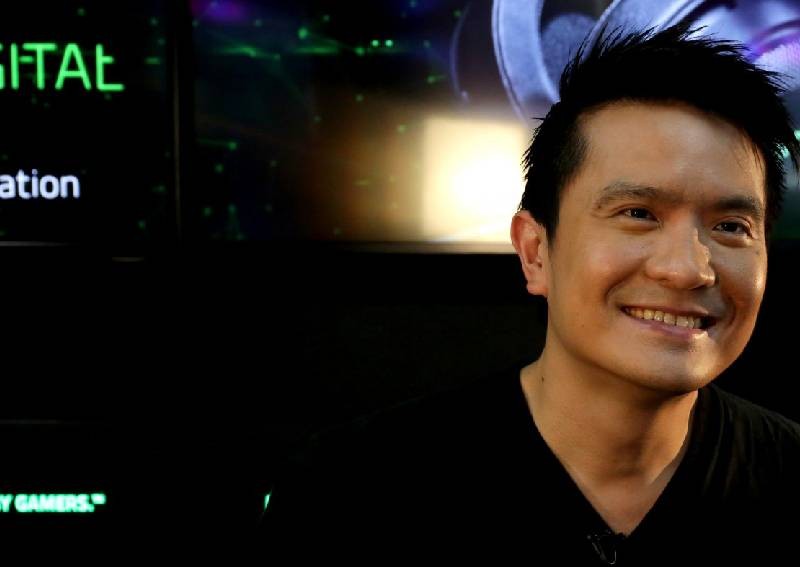 The coronavirus pandemic now sweeping the world is forcing more entertainment venues and sports teams to go online, changing the face of these pursuits forever, according to gaming hardware maker Razer.

Although the company faced some supply chain issues at the outset of the Covid-19 outbreak in China, it is now firing on all cylinders again producing more live-streaming gear to meet increased demand from consumers and businesses, said Razer chief executive and co-founder Min-Liang Tan in an interview with the Post this week.

Tan said Razer is joining forces with Singaporean nightclub Zouk Group and live-streaming company Bigo Live to host online rave parties via live-streaming. During the event, the audience will be able to chat with DJs as well as send them virtual gifts by using Razer's virtual credits.

"I believe that after this outbreak, behaviour will change dramatically," said Tan. "So … when clubs [for example] go back to normal, they're not just gonna have the offline clubs, they will continue with streaming."

Cloud raves have met success before.

Music aside, sporting events are also being put on pause amid the pandemic, forcing them to experiment with esports during the hiatus.

Motorsports, such as Nascar and F1, have been hosting online tournaments in which drivers compete in a simulation game.

Without disclosing any specific projects, Tan said that Razer, which is nicknamed "the Nike of esports" by some, is looking for ways to bring esports offerings to these traditional players.

Razer was involved in the esports event at the Southeast Asian Games last year, which was the first International Olympic Committee-supervised event to feature esports as a medal sports.

Tan said the pandemic will accelerate the adoption of esports in a big way, and the impact will be permanent.

Razer this week announced its 2019 financial results, with total revenue up about 15 per cent for the year. Tan is confident about 2020, despite the pandemic, saying the company is well-diversified across hardware, software and financial services.

While Razer is seeing new opportunities as a result of the economic changes wrought by the pandemic - with more people working, learning and gaming at home - the Singaporean company is also pitching in to help with the containment effort.

The company recently announced that it will donate up to 1 million surgical masks to global health authorities.

"We've actually converted some of our manufacturing facilities to make surgical marks … [At any rate] whether we procure them or whether we manufacture them, we want to be able to get these masks to the people who need them," Tan added.