Hong Kong actress Linda Chung: I may film my next drama only in 10 years' time

Linda Chung said she misses her husband and children who are in Canada.

But the show could very well be her last.

In an interview with the Hong Kong media after filming the music video for the show's theme song, the 36-year-old actress said she has already been in Hong Kong for three months and misses her husband and children, who are in Canada.

Chung, known for acting in series such as Forensic Heroes (2006), Heart Of Greed (2007) and A Journey Called Life (2008), is married to chiropractor Jeremy Leung. They have two children - Kelly, four, and Jared, two.

She said she was at first planning to arrange for them to visit Hong Kong in August, but this was aborted due to the rising number of Covid-19 cases in Hong Kong and Vancouver, Canada.

"We are now communicating via video every night," she said. "My son is still young and does not mind greeting me via camera. My daughter is closer to me and tells me frequently: 'Miss you, come home now."

Read Also
Linda Chung: 'There's no need to hide my kids from the spotlight' 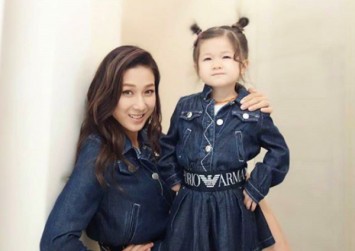 Chung admitted she felt lonely in Hong Kong and would continue to monitor the situation closely. She said she might stay in Hong Kong longer if her husband and children could join her if the situation improved. Otherwise, she would return to Canada once filming ends.

"I am counting down to the days as I still have 36 days of filming," she said.

She said she appreciated her husband taking care of the children while she was away, and said she did not want to be away from her family for so long in future.

"This may be my last drama, I really don't know, I may film the next one in 10 years' time," she said. "I have to consider my role as a mother when I take on the next job."

She said she is now treating the show as her last as she tries to do her best.

"I do not want to disappoint my family as they have been supportive of my work," she said.