Liam Payne moves into yet another haunted house

Liam Payne is living in a haunted house, after moving out of one.

The former One Direction singer was convinced there was a ghost in his old west London home, but it seems the spooky comings and goings have followed him to his new pad in the city and he's been struggling to sleep.

"I've moved into an even more haunted house. It was built in the 1500s and it's old and scary. Maybe we'll do some sort of haunted Big Brother-style thing. That could be quite fun."

The 27-year-old singer told of the "freaky" experience he'd had in May, when he was woken by a loud noise while staying at his old London house.

He said: "I was in bed and there was a bang. I tried to do the whole Ghost Adventures recording thing. I'm sat in my room going, 'Is anybody there? Did you just make that knock?'

"Then the wardrobe light in my room came on and the door of the wardrobe was closed, so something had to move. It was a freaky moment." 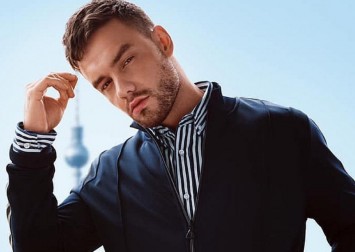 The singer vowed to investigate any paranormal activity at the time.

He said: "I'm going to do a video of something, investigating, to see if I can find something because I like this stuff. It scares the crap out of me, don't get me wrong, but it's fun."

And he also claimed in 2017 that the house he and former partner Cheryl - the mother of his three-year-old son Bear - shared in Los Angeles was haunted.

He said of its ghost: "He's called Alan. I've never seen him but these lights were coming on at three o'clock in the morning."

ALSO READ: Haunted house in southwestern Taiwan is now up for sale