The Weeknd poses backstage during the 2015 MTV Video Music Awards in Los Angeles, California, on August 30, 2015.

The Weeknd has blasted the Grammys as "corrupt" after he was snubbed from the 2021 nominations.

On Tuesday (Nov 24), the nominees for next year's ceremony were unveiled, and despite having the biggest chart hit of the year with Blinding Lights from his acclaimed album After Hours, the Canadian singer didn't receive a single nod.

And he wants answers.

He wrote on Twitter and Instagram: "The Grammys remain corrupt. You owe me, my fans and the industry transparency..."

The Grammys have since responded and insisted they are "surprised" he wasn't recognised and blamed the lack of nominations on there being "fewer" to hand out "than the number of deserving artists".

Recording Academy Chair Harvey Mason Jr. issued a statement to Rolling Stone magazine, in which he said: "We understand that The Weeknd is disappointed at not being nominated. I was surprised and can empathise with what he's feeling.

"His music this year was excellent, and his contributions to the music community and broader world are worthy of everyone's admiration. Unfortunately, every year, there are fewer nominations than the number of deserving artists.

"All Grammy nominees are recognised by the voting body for their excellence, and we congratulate them all."

Beyonce is among the most nominated artists, with nine nods to her name.

The 39-year-old megastar received two nods in the Record of the Year category, where her song Black Parade will go head-to-head with Savage by Megan Thee Stallion, which she featured on.

The star is also on the shortlist in the Song of the Year category, as well as Best R&B Performance, Best R&B song, Best Music Video, and Best Music Film. 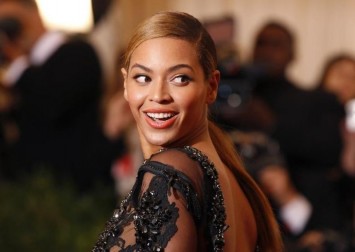 She will also be included in two further nominations for Savage, which picked up nods for Best Rap Performance and Best Rap Song.

She also landed a nod in the Best Pop Duo/Group Performance category with her track Exile, which featured Bon Iver. Her final nomination came in the Best Song Written For Visual Media category, where she made the shortlist for the Cats track Beautiful Ghosts.