#Food and Drinks#health#Health and Wellbeing

The unique health benefits of mushrooms: Reasons to eat more 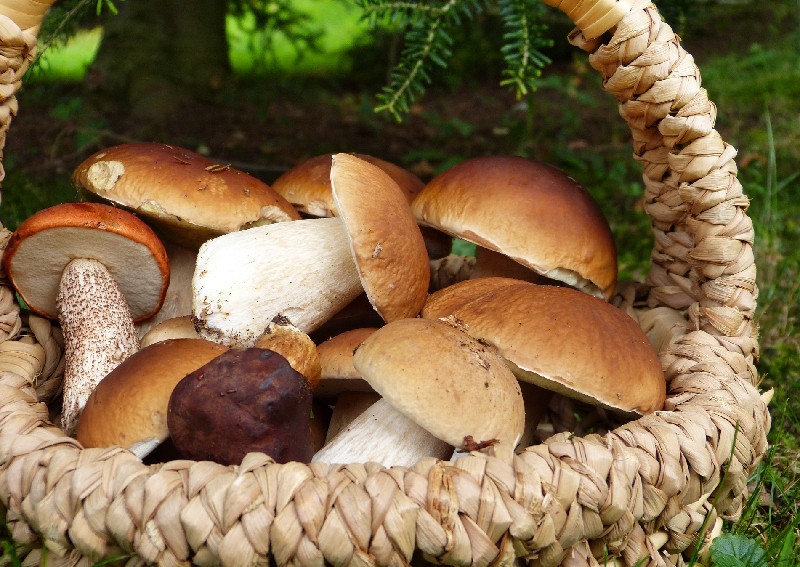 Mushrooms have long been a staple of vegans and vegetarians, but in the past couple of years, the humble fungus has been winning fans even among meat-eaters as more evidence of their health benefits emerges.

One large-scale, long-term study by Japanese researchers, for instance, found that men who ate white button mushrooms one or two times a week had an 8 per cent lower relative risk of prostate cancer.

Those who ate mushrooms three or more times a week had a 17 per cent lower relative risk. These findings were published in September in the International Journal of Cancer.

Another study, which lasted six years and was carried out by researchers at the National University of Singapore, found that subjects who ate golden mushrooms, oyster mushrooms, shiitake mushrooms, white button mushrooms, dried mushrooms and canned button mushrooms experienced a 50 per cent lower risk of mild cognitive decline.

The subjects were aged 60 and older and had at least two 150g portions of cooked mushrooms a week.

Study co-author Dr Irwin Cheah said that the research team was particularly interested in a compound called ergothioneine (ET), "a unique antioxidant and anti-inflammatory which humans are unable to synthesise on their own" and that "can be obtained from dietary sources, one of the main ones being mushrooms".

This study was published in March 2019 in the Journal of Alzheimer's Disease.

Mushrooms are also good for the heart - and not just because they're naturally low in sodium and free of saturated fat.

In 2015, a report in the International Journal of Microbiology found that shiitake mushrooms help reduce cholesterol thanks to beta-glucan, a type of soluble fibre known to help reduce the risk of cardiovascular disease.

Dr Naras Lapsys, a dietitian and longevity medicine doctor at The Wellness Clinic in Singapore, says all mushroom varieties are excellent sources of protein, B vitamins, fibre and selenium, an essential mineral that helps support the immune system and cognitive function.

Some types, he says, have specific benefits.

"Shiitake, for example, contain lentinan, which helps boost the immune system," he says. "And beta-glucan can be found not only in shiitake mushrooms but also in white button, oyster, cremini and portobello mushrooms. Reishi mushrooms, also called lingzhi mushrooms, contain ergothioneine."

Another mushroom variety that Lapsys recommends is lion's mane, so called because it is shaggy and resembles a lion's mane as it grows.

In recent years, mainstream researchers have investigated the fungus for its neuro-protective effects, and ability to help safeguard the brain's structure and function.

A study published in 2014 in the Chinese Journal of Integrative Medicine found that an extract of lion's mane mushroom was effective in promoting peripheral nerve regeneration after surgically induced injuries in rats.

Menopausal women who consumed biscuits containing lion's mane every day for four weeks were less irritable and less anxious, and had less trouble concentrating, compared to women in a placebo group whose biscuits had no mushrooms inside.

These findings were published in 2010 in the journal Biomedical Research.

Versatile, inexpensive and widely available, mushrooms are best enjoyed cooked rather than raw. Lapsys says that cooking helps break down the tough cell walls and activate the enzymes in the mushrooms.

He adds that microwaving is an excellent way to prepare mushrooms, and if you are using dried mushrooms, you should soften them first by soaking them in warm water.

Some mushrooms, like lion's mane, can also be prepared as a tea.

If you avoid eating mushrooms because you dislike their taste or texture, but still want to reap their nutritional benefits, Lapsys suggests cooking them with other vegetables or using them as an ingredient in other dishes.

He also recommends sampling different varieties to find one which has an appealing flavour and texture.

If, on the other hand, you love mushrooms, there is little downside to eating too many.

"At most, you may experience an upset stomach, but mushrooms are not toxic unless they are consumed in very large quantities," Lapsys says.

In the past couple of years, mushroom snacks such as chips and jerky have popped up in markets and grocery stores, aiming to appeal to health-conscious consumers.

Agripicks, a snack company based in Thailand, launched Shripz premium mushroom chips in 2018.

Company founder Joy Vorapatchaiyanont wanted to develop something for people who were looking for tasty, plant-based snacks that were also nutritionally sound.

After months of trials and tests, she settled on oyster mushrooms to create her line of crispy chips, which are sold in three flavours: royal truffle Parmesan, oriental salted egg and Thai savoury spicy larb.

"Our oyster mushrooms are cleaned before undergoing a vacuum-crisping process with a minimal amount of rice bran oil," Vorapatchaiyanont says. "The vacuum-crisping process cooks the mushrooms at a low temperature, which helps retain their natural taste, colour and nutrients, as well as keep oil absorption to a minimum. The chips are then flavoured with MSG-free flavour mixes."

She says her products use whole, high-quality oyster mushrooms, are not coated in flour or starch before being processed, and are lower in fat and calories when compared with some other mushroom snacks.

Founder Michael Pan, who lives in Washington state, the US, was visiting his family in Borneo, Malaysia, when he tasted their home-made mushroom jerky (many of his family members avoid meat because they are vegetarian Buddhists).

Surprised at how good it tasted, he took the decades-old family recipe back to the US and spent the next few months further developing it.

Now Pan has a vegan mushroom jerky range in four varieties including applewood BBQ and zesty Thai. With a meaty texture and savoury, umami flavour, they are a healthier alternative to meat jerky.

When buying such mushroom snacks, Lapsys says to choose wisely.

"Fresh mushrooms obviously contain more nutrients than mushroom snacks, which are often processed. So it's important to read the label on the packaging and to be informed when you shop," he says.

"Look at how much of the product actually contains mushrooms, because once combined with other ingredients the mushrooms would have lost much of their nutritional content and active ingredients.

"Remember to also look at the overall fat, sugar and salt content of the snack - if the product contains more of these additives than actual mushrooms, then it is probably not a good snacking choice."