A group of 54 Malaysian non-governmental associations on Tuesday urged authorities to investigate death and rape threats made against ethnic Chinese university students who had called on the country’s king to stop interfering in national politics.

The coalition – which includes the influential Dong Zong lobby group for Chinese-medium schools as well as prominent local civil rights groups such as Bersih 2.0, Suaram, Proham and Tenaganita – said the silence from authorities in the face of such “cyber-thuggery” was tantamount to them endorsing criminal acts.

The saga, which has been simmering for weeks, has highlighted the hypersensitivity that exists among parts of the majority-Malay population towards criticism of the hereditary Malay royals – who serve not only a constitutional role but are also guardians of the Islamic faith and Malay culture.

The University Malaya Association of New Youth (Umany) – made up mainly of ethnic Chinese students in Malaysia’s top university – sparked the controversy on Oct 30 with a Facebook post urging the king, Sultan Abdullah Sultan Ahmad Shah , not to intervene in national affairs.

The post alluded to a palace statement that advised MPs across the political divide to back the beleaguered government’s budget bill.

The statement was released after the king’s earlier rejection of Prime Minister Muhyiddin Yassin ’s request to enact a national emergency – a move viewed by observers as a means to avoid defeat of his budget in the legislature.

Umany said the post had been written “for academic discussion purpose and was never meant to be malicious or seditious”.

“We affirm our adherence to the constitutional monarchy system in Malaysia and respect the role of [the king] in the constitution. We would like to apologise to the king and the public for our lack of thorough understanding of the constitution,” it said.

The NGOs said on Tuesday that Umany members had faced rape and death threats issued via text messages and social media. Some of these threats were appended in the joint statement. In one, a member was sent a picture of a dead man lying in the street with the caption: “You disturb our king? We’ll teach you a lesson.”

Another message, in Malay, said: “Want to be a hero? You stand by, we will kill your family. Do not agitate the Malays.” Members of the group were also threatened with “acid attacks”.

The NGOs said they accepted that Malaysian citizens were within their rights to “rigorously and civilly” express their disagreement with Umany’s statement.

“However, no one should try to silence Umany or any individual/organisation with violence or threats of violence,” the groups said. “The death and rape threats posed to members of Umany since 18 November, if carried out, would constitute domestic terrorism and damage rule of law in Malaysia.”

They urged the police, attorney general’s chambers and the internet regulator, the Malaysian Multimedia and Communications Commission, to “pursue and bring to justice the cyberthugs”, describing the perpetrators as “potentially domestic terrorists like those who cause bloodshed in Sweden, New Zealand, United States and France”.

The groups said the death and rape threats “in the name of royalism may have the opposite effect of tarnishing the international image of the rulers as well as that of Malaysia”.

The national palace and Sultan Abdullah have not commented on the matter.

His wife and the country’s queen, Tunku Azizah Aminah Maimunah Iskandariah Sultan Iskandar, last year denounced the arrests of citizens who had insulted her on social media, saying she and the king did not have a habit of complaining about such matters.

“My husband and I have never made police reports, and I have never been sad (when I read comments about me); instead I laugh because Allah knows who I am,” she wrote on Twitter at the time.

Read Also
Malaysian girl, 15, alleges brother has been raping her since she was 12 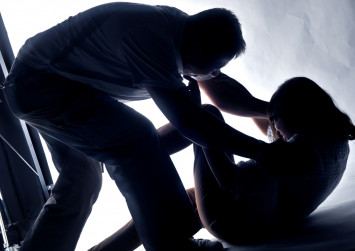 Sultan Abdullah, who assumed the throne last year as part of the country’s system of rotational constitutional monarchy, has won plaudits recently for his interventions in the country’s ongoing power tussle.

The decision to block Muhyiddin’s emergency plan in particular was widely welcomed by activists and the opposition.

The king had earlier been seen as tacitly backing Muhyiddin, who instigated a self-coup of the Mahathir Mohamad administration in late February. That move culminated in Sultan Abdullah appointing Muhyiddin as prime minister in recognition of the politician’s ability to command a parliamentary majority and form a new government.

Since that development, dubbed the “Sheraton Move” in a nod to the hotel where the plot was finalised, Muhyiddin has struggled to govern amid attempts by the Pakatan Harapan alliance he toppled to retake power.

The prime minister’s next big test is on Thursday, when his budget for 2021 will be put to a vote in parliament.