Markets remain turbulent as the world fights a pandemic

In the wake of the Covid-19 pandemic, we're seeing high volatility as the markets react to rapidly unfolding global events.

On Friday, March 13, US President Trump declared a national emergency causing the S&P 500 to lose 12 per cent on following Monday.

We also saw wild upswings over the past week as policymakers aggressively took steps to cushion the impact of Covid-19 on the markets and on the economy.

WHAT CAN WE EXPECT IN THE COMING WEEKS?

In the face of uncertainty, it's not unusual to see pronounced market swings such as the one we're experiencing right now.

The markets are continuously pricing in new information as soon as it becomes available, which generates these wild swings. This volatility is likely to continue in the upcoming weeks, or even months.

But, it's simplistic to define the large drawdowns of the past week as the start of a bear market just as the media have done.

A bear market doesn't start with a bang. Instead, a bear market is a gradual decline of 20 per cent and more in asset prices over a prolonged period of time and investors have ample opportunities to react to the changing market environment.

Given that the latest decline happened in a span of less than two weeks, what we're really witnessing is a correction that has morphed into a market crash.

A market crash happens quickly and unexpectedly. And, a crash can be accompanied by rapid upswings creating more volatility in the market in the short-term.

In the coming weeks, you can expect these market swings to continue until investors gain clarity on the economic impact of the measures taken to contain the virus.

We are also expecting monetary and fiscal responses in the coming weeks to cushion the impact of Covid-19 on the global economy in the short term; following market drawdowns on Thursday, central banks have started to bring out the monetary policy bazookas.

Read Also
The Wuhan virus threat: Why you should not abandon the stock market 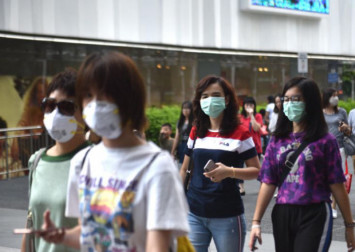 First coined during the 2008 financial crisis, a monetary policy bazooka refers to a massive quantitative easing (QE) exercise in which a central bank injects money directly into the markets to keep the financial system functioning smoothly in a market crisis.

On March 12, the New York Fed pledged a large-scale term repo operation amounting to US$1.5 trillion (S$2.2 trillion) to ease disruptions in the Treasury markets.

Then, the Federal Reserve slashed the benchmark interest rate to near zero, and pledged a US$700 billion bond-buying programme on March 15.

Just a day after this move, the New York Fed conducted a US$500 billion repo operation, providing short-term liquidity into the markets.

This swift Fed QE-style liquidity provision can easily turn into a full-on QE where we'll see the Fed step in to prop up the markets during this crisis.

And, we'll likely see more central banks across the globe adopt similar QE measures. Already, the Japanese and Australian central banks joined the Fed by pledging to inject liquidity into their respective markets to stave off the economic impact of Covid-19.

In addition to these policy bazookas, we'll also likely see fiscal bazookas used by governments across the globe to fight Covid-19's economic impact.

WHAT ARE THE FISCAL BAZOOKAS?

The speed at which Covid-19 has spread across the globe has forced governments to respond quickly by locking down their cities, cancelling large events, shutting down schools, and enacting travel bans to control the virus' spread.

Monetary easing won't be enough to stop Covid-19 from wreaking havoc in the economy in the short-term. As such, governments are also coordinating large support packages to address the direct economic impact of the lockdowns.

Read Also
How should you prepare for the economic fallout of Covid-19? 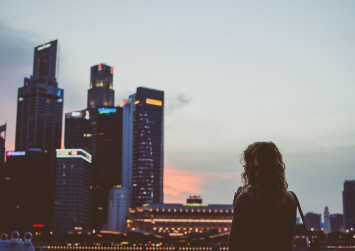 By declaring a national emergency, President Trump has freed up US$50 billion in fiscal funds to accelerate the response plan to fight Covid-19's spread in the US and provide financial aid to those affected by the lockdowns.

And, Democratic policymakers are working to pass a multi-billion dollar fiscal package in the Senate that would provide for emergency paid sick leave, enhanced unemployment benefits, and free Covid-19 testing.

The fiscal policy response may be slightly delayed but governments are now aiming to implement these stimulus packages as soon as possible to aid their citizens and reduce the economic impact of Covid-19.

WHAT POSITIVE DEVELOPMENT CAN WE EXPECT IN THE COMING MONTHS?

Unlike the 2008 Financial crisis, the coordinated stimulus measures by governments and central banks aren't done in response to a systemic collapse in the financial markets.

Rather, these policies are meant to help combat a biological threat and keep the economic and financial systems stable while the worst of the virus blows over.

Keep in mind, Covid-19 is an externality that is disrupting the markets temporarily. Once the outbreak is contained and life goes back to normal, we'll likely see improvement in the markets and the economy.

In fact, the reporting of Covid-19 in Europe and in the US has overshadowed key improvements in China, where the outbreak first started.

After almost two months of lockdowns, the recovery rate from the virus has now exceeded the number of new cases reported in China, and economic activity has resumed gradually.

Using mobility data weighted by city-level GDP,  WeBank China Economic Recovery Index (CERI) shows that 70 per cent of the Chinese economy has been restored as of 9 March, up from February's average of 36 per cent.

CERI measures not just production but also demand as well. Separately, retailers have resumed business including Apple, which has reopened all of its stores in China.

These positive developments in China's economic activities is a pivotal offset to the rising fear of contagion in Europe and in the US.

HOW SHOULD YOU MANAGE YOUR INVESTMENTS DURING THIS CRISIS?

Read Also
Should I sell now and buy back later? 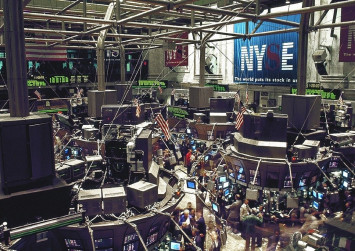 When you have a long-term view of your investments and you've already prepared your investments to suit your risk appetite and your financial goals, it's easier to maintain a level head to ride out the current uncertainty.

If you react to the short-term noise and sell your investments, you'll struggle to get back into the market when the recovery happens, and you will end up pocketing losses.

Instead, focus on the long-term and take advantage of the dip in the markets by continuing to dollar-cost-average into the markets.

According to the StashAway Insights 2020, systematic investors who continue to stick to their long-term investment plans and invest systematically through a market correction perform better than those who withdraw during a correction.

This time is no different. As Warren Buffett famously said, "Be fearful when others are greedy, and greedy when others are fearful": this is the worst time to stop your long-term investment plan.

This article was first published in StashAway. All content is displayed for general information purposes only and does not constitute professional financial advice.