What to make of Singapore Airlines's FY19/20 earnings results

Last week, Singapore Airlines (SGX: C6L) announced a sobering set of results for the quarter ended March 31, 2020. SIA's latest earnings showed an operating loss of $803 million on the back of a 21.9 per cent fall in revenue.

I've got to say, though, that these figures were not unexpected. Earlier this year, SIA announced that it had grounded more than 90 per cent of its passenger fleet as the Covid-19 pandemic effectively halted most passenger air travel around the world.

To prepare for the sudden drop in revenue, the airline also announced that it was raising up to S$15 billion from existing shareholders. The timely injection of cash will save the company from insolvency but shareholders will still have to endure a tough few quarters ahead.

Things could have been much worse had the Singapore government not stepped in to support the aviation industry. Under the jobs support scheme, the government co-funds 75 per cent of the first $4,600 of wages paid to each local employee for 9 months. SIA was one of the beneficiaries of this scheme.

Through the scheme, its employee expenses for the quarter were lower by 62 per cent to $273 million. However, this was not enough to save the company from reporting a loss for the quarter.

Part of the reason was that SIA reported a large mark-to-market loss from surplus hedges that arose due to the recent sharp fall in oil prices. This reversed most of the cost savings that SIA got from government support, capacity cuts, and other cost-savings measures.

In addition, despite a fall in activity, SIA still has a lot of fixed costs, and recorded high depreciation and aircraft maintenance expenses of $798 million.

How does the loss impact shareholders

That's a 24 per cent drop in just three months. In addition, the 3-for-2 rights issue at $3 per rights share will further dilute the company's book value per share.

Based on my calculation, and excluding further losses in coming quarters, the dilution will cause SIA's book value per share to drop to around $5.

A difficult path ahead

Unfortunately for SIA shareholders, the path ahead is uncertain. In its press release, management said:

"There is no visibility on the timing or trajectory of the recovery at this point, however, as there are a few signs of an abatement in the Covid-19 pandemic. The group will maintain minimum flight connectivity within its network during this period while ensuring the flexibility to scale up capacity if there is an uptick in demand." 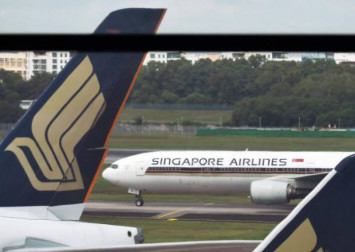 In addition, management highlighted that there could be more fuel hedging losses due to weak near term demand. With half of the second quarter of 2020 over, and SIA still grounding most of its planes, I think that the next reporting quarter could be even worse than the last.

More worryingly, with no end in sight, SIA could see poor results up to the end of 2020 and beyond.

The worse is not over for the airline and I expect revenue to be much lower in the second quarter of 202,0 and losses to exceed the $803 million recorded in the first quarter.

Given this, diluted book value per share could even fall to the mid-$4 range (or worse) after the losses are accounted for next quarter.

The aviation industry is one of the most badly-hit sectors from the Covid-19 pandemic. Warren Buffett announced earlier this month that he sold all his airlines stock after admitting he did not factor in the risk that airlines faced. 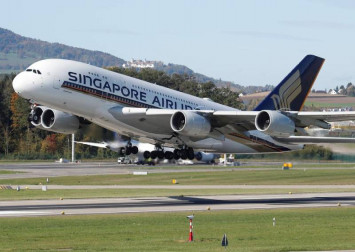 Their low-profit margins and capital intensive nature made them highly susceptible to cash flow problems should disaster strike.

SIA has certainly not been spared.

The only comfort that shareholders can take is that, with Temasek promising to buy up all of the company's non-exercised rights, SIA will have sufficient capital to see it through this difficult period.

But even so, the airline looks likely to suffer more losses and book value per share declines. Given all this, shareholders are unlikely to see its share price return to its former glory any time soon.

This article was first published in The Good Investors.