Enforcement officer John (not his real name for operational reasons) was shocked when he turned up at Hai Xian Lao restaurant in Shaw House to conduct an inspection on Aug 14.

He never expected that the safe distancing rules he was supposed to enforce would be used against him at the restaurant.

"(The restaurant's staff) tried their best to delay our entrance into the premises, saying that the restaurant was filled to maximum capacity, or telling us that they had to take our temperatures before we could enter," said John, one of about 3,000 enforcement officers, safe distancing ambassadors and SG Clean ambassadors deployed daily throughout the island to ensure safe distancing rules are adhered to.

Investigations revealed that the customers were seated in a locked private room within the restaurant, which John said could hold only about 20 people comfortably.

"The staff were quite aggressive and obviously knew they were in trouble but still verbally abused us, so we made it clear that we had to call the police," said John, 42, who is employed by the Singapore Tourism Board.

The hotpot restaurant was ordered to close for 10 days and fined $2,000 for its offences, which included allowing customers to consume alcohol after 10.30pm, and not maintaining a 1m distance between groups of customers.

Last Saturday (Sept 12), another enforcement blitz brought John to Jiang Hu Xia Ke eatery in Orchard Plaza at about 11pm, where he sensed something was amiss with a table of four customers. The table had three teapots on it. 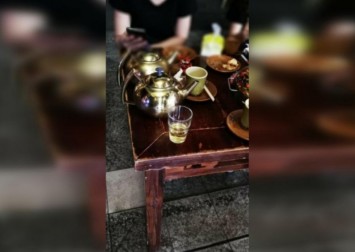 Besides the copious amount of tea the customers were supposedly drinking, the layer of condensation on the gold-coloured metal teapots made John suspicious since tea is usually served hot, not cold.

Instead of approaching the customers with the teapots, John's team sought out the eatery's supervisor - as is their protocol - and questioned him. It took "persistent questioning" before the supervisor caved in and admitted that beer was served to customers after 10.30pm, which is when the ban on the sale and consumption of alcohol kicks in under Covid-19 rules.

A customer later feigned ignorance of the teapot's contents, a common tactic that John has encountered when speaking with patrons who clearly knew they were flouting the rules.

"It is very obvious (that they know they are wrong). If they were unaware of the rules, they would not be so resistant; they would not avoid our questions or give illogical answers," said John.

Like the Shaw House restaurant, Jiang Hu Xia Ke eatery was ordered to close for 10 days after investigations found that 13 customers were allowed to consume alcohol on its premises past the curfew. John said thorough investigations are carried out before penalties are imposed.

"There is no one-size-fits-all (way in) closing cases, and we need to ensure alleged offenders get a fair hearing," he said, adding that it was often customers who were more unreasonable and more difficult to manage than staff.

He said there could be instances where some restaurants tried their best to enforce the rules - like not admitting groups larger than five people - but ultimately would find a big group together - even though they were split across more than one table - as they were friends. 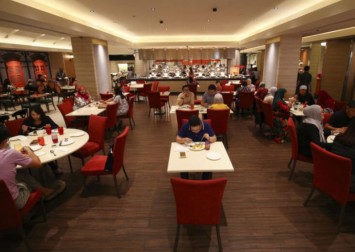 "These (deceptions) would be assessed accordingly," he said.

Errant and demanding customers remain a challenge for restaurants.

Mr Yuan Oeij, chairman of The Prive Group, said: "It is astounding how often we get rude remarks or abuse from people who fail to comprehend that there are rules in place."

He said there were many instances of customers berating his staff for enforcing rules like the "five-to-a-table" requirement, often threatening to go elsewhere where they could flout the rules.

TungLok Group chief executive Andrew Tjioe said certain rules were difficult to enforce, like verifying that customers who arrive in groups of more than five and claim to be from the same household really live together.

"Honestly, it's very difficult to verify (their relationships)," he said, noting that it can be very difficult - and an unpleasant experience - to get customers to take out their identity cards to verify their ties.

Describing instances where diners refused to cooperate with safe distancing rules as "rare", Mr Wei Chan, honorary secretary of the Restaurant Association of Singapore, advised food and beverage outlets to seek help from the authorities to enforce the rules.

Rules for F&B outlets and diners

Since the start of phase two of the reopening of Singapore’s economy on June 19, customers have been allowed to dine in at eateries – subject to certain rules. Here are some:

• Sale and consumption of alcohol in all food and beverage (F&B) establishments are prohibited after 10.30pm daily. But enforcement checks found that some restaurants have continued to serve alcohol beyond the curfew, with some eateries concealing alcoholic beverages in teapots and empty green tea bottles to avoid detection.

• If all members of a group of more than five are from the same household, they will be allowed to enter F&B establishments, or make bookings. However, they must sit at multiple tables, with no more than five per table and the tables spaced at least 1m apart. Establishments can request to verify diners' claims that they are from the same household, and reject diners from entering at their discretion. But eateries have found it difficult to verify diners' identities, without infringing the customers' privacy.

Under the Covid-19 (Temporary Measures) Act passed in Parliament on April 7, first-time offenders face a fine of up to $10,000, jail of up to six months, or both.

Subsequent offenders can be fined up to $20,000, jailed for up to 12 months, or both. For first-time safe-distancing offences, individuals face a $300 fine.

The Ministry of Health said on Sept 9 that businesses and individuals who flout the rules will have enforcement actions taken against them for the first offence, without a warning. Penalties could include fines, closures and prosecution, depending on the severity, it added.