RAFFLES Education Corp (REC) substantial shareholder Oei Hong Leong has sued the company in relation to its plan to raise its stake in a Chinese property firm .

Tycoon Mr Oei, who owns 13.05 per cent of REC, and his firm Oei Hong Leong Art Museum have commenced an originating summons in the High Court of Singapore, the mainboard-listed private education provider said in a filing late Wednesday night.

Through the lawsuit, Mr Oei is seeking to obtain a declaration that the plaintiffs are entitled to inspect certain originals or be provided with certain documents set out in paragraph 2.1 of REC's circular dated Sept 8.

The circular was for the proposed acquisition of a 35.9 per cent interest in REC's joint venture (JV) Langfang Hezhong Real Estate Development for about 254 million yuan (S$49.2 million) in cash.

An REC subsidiary held a 34.1 per cent interest in the Chinese property firm as at July 16, while Langfang Heying Real Estate Development owned the remaining 65.9 per cent.

In paragraph 2.1 of the circular, REC referred to several documents - including the framework agreement, shareholders' agreement, option agreement and supplementals to the shareholders' and options agreements - which were not made available for inspection before the extraordinary general meeting (EGM) on Wednesday.

REC on Tuesday responded to shareholders' questions about these documents, by clarifying that a summary of the relevant terms of those agreements was already disclosed in the circular, and that their material terms were disclosed in its previous announcements, including some released in 2013 and 2019.

In his originating summons, Mr Oei also wanted answers to certain queries before voting on the resolution for the proposed acquisition at any REC meeting. 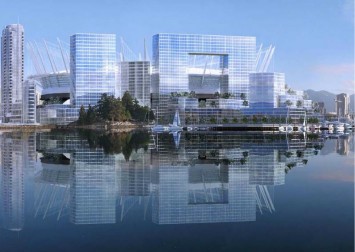 Meanwhile, for those injunctions, the same plaintiffs had also commenced a summons for interim injunctions against the company in the High Court, pending the determination of the originating summons.

The court dismissed that summons for injunction on Wednesday, and accordingly REC went ahead to conduct its EGM later that day.

It added that it was advised that the originating summons is without merit and groundless, particularly given the court's dismissal of the tycoon's summons for interim injunctions.

Mr Oei's latest litigation came after he sued REC founder Chew Hua Seng for allegedly reneging on his promise to get a buyer for Mr Oei's REC shares at 44 Singapore cents apiece, based on a handwritten "confidential agreement" dated Oct 16, 2017 signed by the two men. 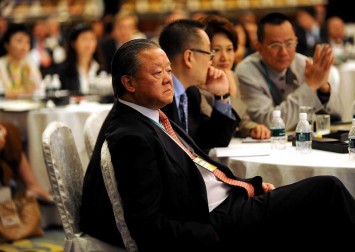 The High Court dismissed that lawsuit against Mr Chew in February this year. And in August, the Court of Appeal also dismissed Mr Oei's appeal against the judgment.

Mr Oei had separately made several unsuccessful attempts to call for an EGM in a bid to, among other things, oust Mr Chew as chief executive and chairman.

His most recent requisition notice, sent with Indian edtech businessman Shantanu Prakash, asked for a special auditor to be appointed to review the circumstances surrounding REC's JV with Mr Prakash's India-listed Educomp Solutions, on concerns of wrongdoing including alleged forgery and extortion. REC last month said this requisition notice was without merit , and as such its board will not be convening the EGM they requested.

This article was first published in The Business Times. Permission required for reproduction.